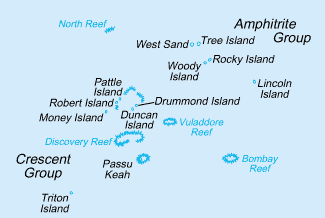 Five fishing vessels with a total of 171 people aboard were caught in Typhoon Wutip that swept across the waters of the South China Sea on Sunday, September 29, 2013, packing winds of up to 90 miles per hour. Three of the ships with a total of 88 fishermen, all from China’s Guangdong Province, sank in a lagoon near Shanhu Dao in the Xisha Islands (also called Pattle Island, Paracel Islands).

Satellite view of the South China Sea showing the location of the Paracel Islands.
NASA photo via DHN at Wikipedia

Gales and high waves have hampered the rescuers, but the water temperatures in the area are warm enough that shipwreck survivors can last up to two days in the water.

On October 1, the Chinese government added another three navy ships to the rescue work efforts that already includes helicopters and four other navy ships using infrared and radar search equipment to aid the rescue work that also includes fifteen other vessels and at least four airplanes. So far, at least 14 people have been saved and 4 bodies recovered.

The Crescent Group of the Paracel Islands is about 70 km (43 mi) southwest of Amphitrite group, at the latitude of 16.52 degrees North and the longitude of 111.63 degrees East, and consists of 8 islands and forms a crescent-like structure hanging from west to east and enclosing a deep central lagoon. This was the lagoon to which the ships had retreated on the approach of the typhoon and is where the search has been concentrated.

The Crescent group measures 31 km (19 mi) and 15 km (9 mi) in length and width, from east to west and from north to south, respectively. All of the islands of the group are vegetated except for small cays. Located in the southwestern extremity of the group, at the hanging point of the crescent structure, is Money Island. This feature has some small cays in the southern side. The Antelope Reef, submerged at high tide and containing a central lagoon, lies 2.4 km (1.5 mi) east of the island of Money. Respectively, northeast of this reef are Robert and Pattle Islands. They are separated from each other by a 3.5 km (2.2 mi) wide, deep channel. The latter is the largest island of the group; a lighthouse and a radio and weather station were built there on 1937. The Observation Bank is situated at the northernmost of the Crescent group and contains a small cay; from the southeastern side lying a 12 km (7 mi) long, boomerang shaped reef with the island of Drummond. The last distinct unit of the atoll-like structure is the Duncan Islands group, which is approximately 3 km (2 mi) west of the Drummond Island and about 8 km (5 mi) east of the island of Antelope.