Dr. Lee Spence, a 49-year-old adventurer from Charleston, South Carolina, might well be the living embodiment of Indiana Jones. Spence is a treasure hunter who has discovered numerous historically significant shipwrecks, including the Civil War blockade-runner Georgiana and the Confederate submarine Hunley. His work has been funded by an array of institutions ranging from the Savannah Ships of the Sea Museum and the Caribbean Research Institute, Ltd., to the College of Charleston and the National Endowment for the Humanities. Spence has done much of the diving on his treasure hunts, and he is an award-winning cartographer. 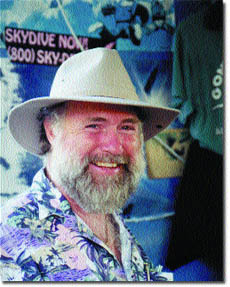 Investing in treasure hunting is a risky business, at best. But for those who can afford to roll the dice, the payoffs are huge. But the real thrill of investing in something as off-the-wall as hunting for sunken treasure, says renowned treasure hunter Spence, is the vicarious thrill of being part of the search, part of the dream, part of the adventure. “When it hits,” says Spence, “you may have to get pushcarts and forklifts to move all the gold and silver around.”

Spence, above all, is an adventurer, a man who has followed the siren’s song to a myriad of mysterious and exotic places in the Far East, Europe, Central America and South America-in search of shipwrecks, ancient ruins, ancient palaces, secret tunnels, and subterranean caves. He’s been shot at, buried in cave-ins, tangled in fishing nets and pinned under wreckage. He has run out of air, been lost inside wrecks, and attacked by sharks.

For thousands of years, the world’s wealth traveled by water. For over 300 years, Spanish galleons sailed the seas and funneled gold, silver and priceless artifacts back to Spain from the countries they had explored and conquered. “Two thirds of all the gold mined before this century rests on the ocean floor,” says Spence, who explains that while Spanish galleons hauled an average of 50 tons of gold and silver, the wealth that has gone down with 20th-Century freighters dwarfs what was lost on the Spanish galleons.

So how does one go about investing in such a wild and offbeat agora? First of all, you have to be very careful about who you invest with, Spence says. He explained that there are three types of entrepreneurs who dabble in this business-(1) legitimate treasure hunters such as himself, (2) those who may have found a valuable shipwreck but who are either under-funded, do not know what they are doing, or both; and (3), as usual, the scammers. “There are very definitely scams out there,” Spence warns. “We try to do what we can to report them.”

One popular scam is when someone promises a percentage of a shipwreck’s treasure (normally 10 percent). As long as they don’t find anything, they can sell an unlimited number of “10 percents” to as many suckers as they can buffalo-a scenario similar to the one in the Mel Brook’s movie classic, The Producers.

Then there are those who may have actually found a legitimate shipwreck but have only scant knowledge of the business and may be operating illegally-not because they are crooks, but simply because they don’t know the first thing about obtaining proper permits. Or, more often than not, they may have simply miscalculated the costs involved and will fail because they are under-financed. 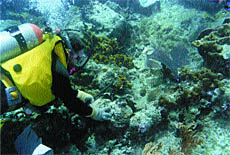 One thing you should definitely do is carefully check out anyone seeking investors in sunken treasure hunting. If they have been in business for a good length of time, odds are they are legitimate operators, explains Spence, because they otherwise would likely have been discovered. Basically, you check them out the way you would any other company seeking investments.

Or, you can contact Spence, who says he gets calls every week from someone who says they have located a shipwreck that they think is valuable-such as a group of treasure hunters who believe they have discovered a treasure-laden World War II vessel in the South Pacific. He often reviews projects and acts as a consultant who puts treasure seekers and investors together.

“No doubt about it,” Spence says. “Investing in a sunken treasure hunt is risky. But, if you can afford the risk, it’s a heck of a lot more fun than plunking your money down on pork bellies.”