History of the Steamboat Bertrand 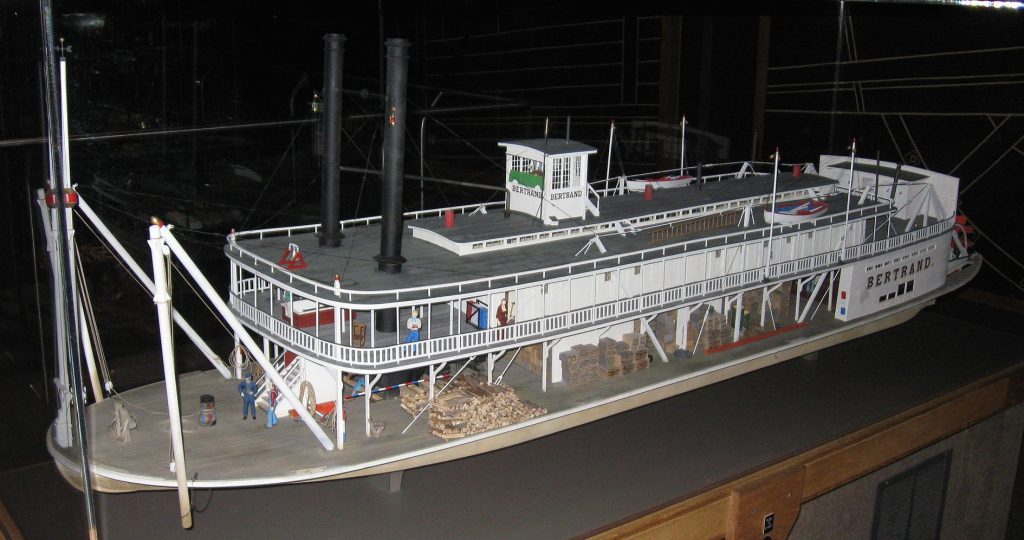 Model of the Steamboat Bertrand on display at the Desoto National Wildlife Refuge.

The Bertrand, was carrying cargo up the Missouri River to Virginia City, Montana Territory, when, on April 1, 1865, under the command of Captain James Yore, the steamboat struck a submerged log in the Desoto Bend of the Missouri River, about 25 miles (40 km) upstream from Omaha, Nebraska. In less than ten minutes, it sank in 12 feet (3.7 m) of water. No people died, but almost the entire cargo was lost. The estimated value of vessel and cargo combined was $100,000.

Over 100 years later in 1968, private salvagers Sam Corbino and Jesse Pursell discovered the wreck in the DeSoto National Wildlife Refuge, managed by the Department of the Interior. Since the boat was found on government property, the men had to comply with the Antiquities Act of 1906. They had to give all of the artifacts to the U.S. Fish and Wildlife Service for permanent preservation. The boat was excavated and over 10,000 cubic feet of cargo (over 500,000 artifacts) were recovered from the hold. This time capsule of life in 1865 is on display at the museum of the DeSoto National Wildlife Refuge near Missouri Valley, Iowa. The display makes up the largest intact collection of Civil War-era artifacts in the United States.

The cargo found on the excavated Bertrand provides a unique glimpse into the material life of Virginia City, Montana Territory. The steamboat was full of clothing, tools, food and various consumer items on their way upriver. The ship’s cargo amounted to roughly 283 cubic meters. The collection includes: dried and salted beef, mutton and pork; oysters; pepper sauce; strawberries, peaches and peanuts; mustard from France; many bottles of whiskey including bourbon; brandy and brandied cherries; and medicine bottles. There were over 3,000 textiles and clothing items, including gloves, hats, trousers and 137 men’s coats in seven different styles. Household goods included mirrors, clocks and silverware; and there were various building supplies for the growing town. The largest consignment of the goods was bound for the Vivian and Simpson retailer in Virginia City. They would have also been sold from log cabin stores in the surrounding towns, including that of Frank Worden, the founder of Missoula. 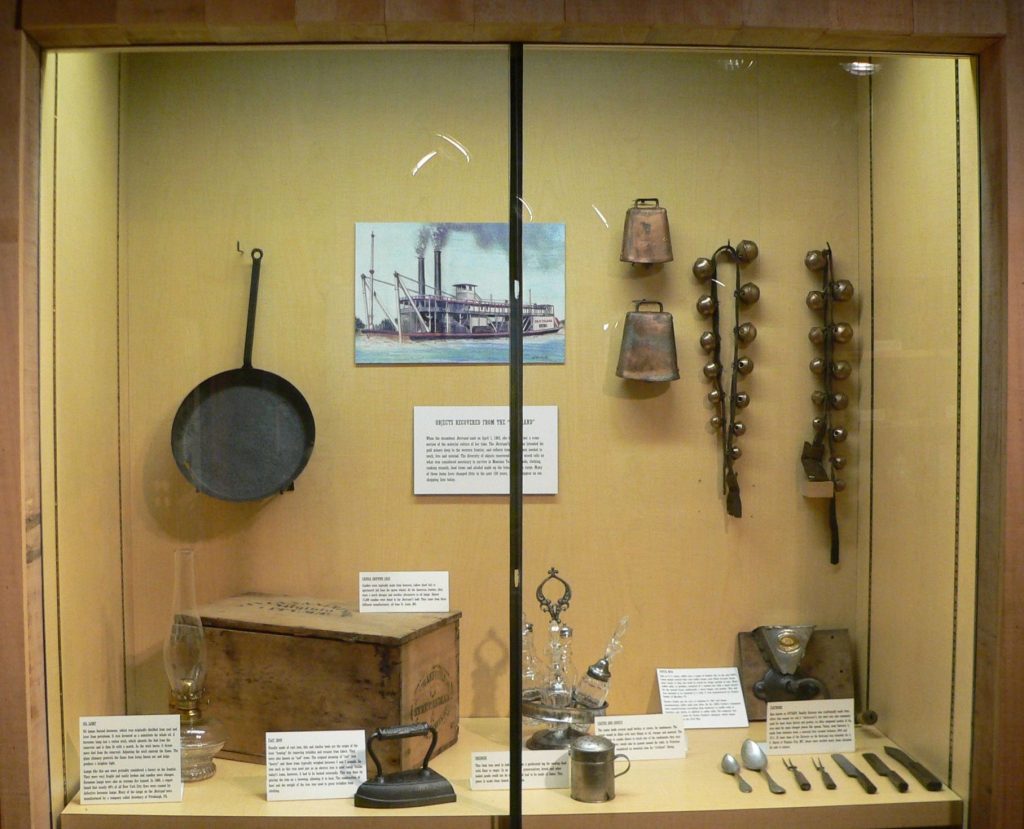 Display of some of the over 500,000 artifacts recovered from the Steamboat Bertrand.

Many of the goods were beyond the expectations for a primitive mining town. The ship also carried everything necessary to mine the Montana claim, including blasting powder, pickaxes and shovels. All the goods were fully insured, and the insurance company ultimately reimbursed the merchants for their losses. The men and women on the frontier were not totally isolated from the rest of the country and its consumption and fashion habits, but appear to have been relatively integrated and informed. The artifacts from the Bertrand represent the evidence of what kinds of goods flowed from St. Louis to the Montana territory during this important period of American state formation. More generally, water travel and the development of the steamboat played a major role in the settlement and development of America.

In 1974, samples of canned food from the wreck, including brandied peaches, oysters, plum tomatoes, honey, and mixed vegetable, were tested by the National Food Processors Association. Although their appearance, smell and vitamin content had deteriorated, there was no trace of microbial growth and the food was determined to be still safe to eat.

Spence's review of the book: The Steamboat Bertrand

The following review of Jerome E. Petsche’s 1974 book, The Steamboat Bertrand, was written by Dr. E. Spence and appeared in the 1976 21-74 issue of  the Plains Anthropologist: Journal of the Plains Conference 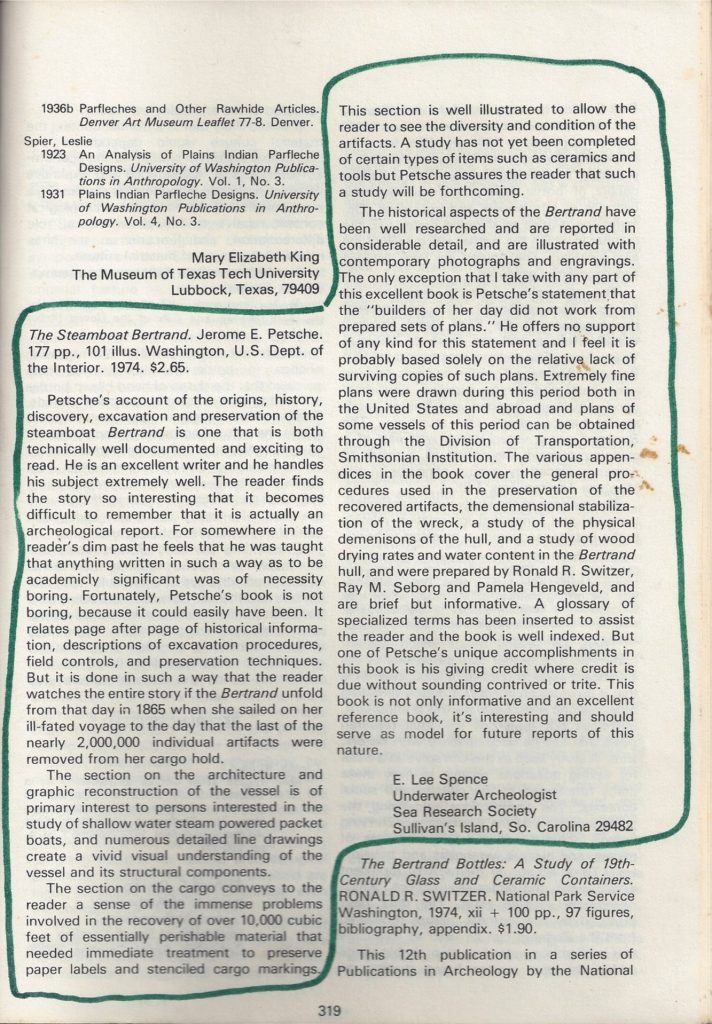 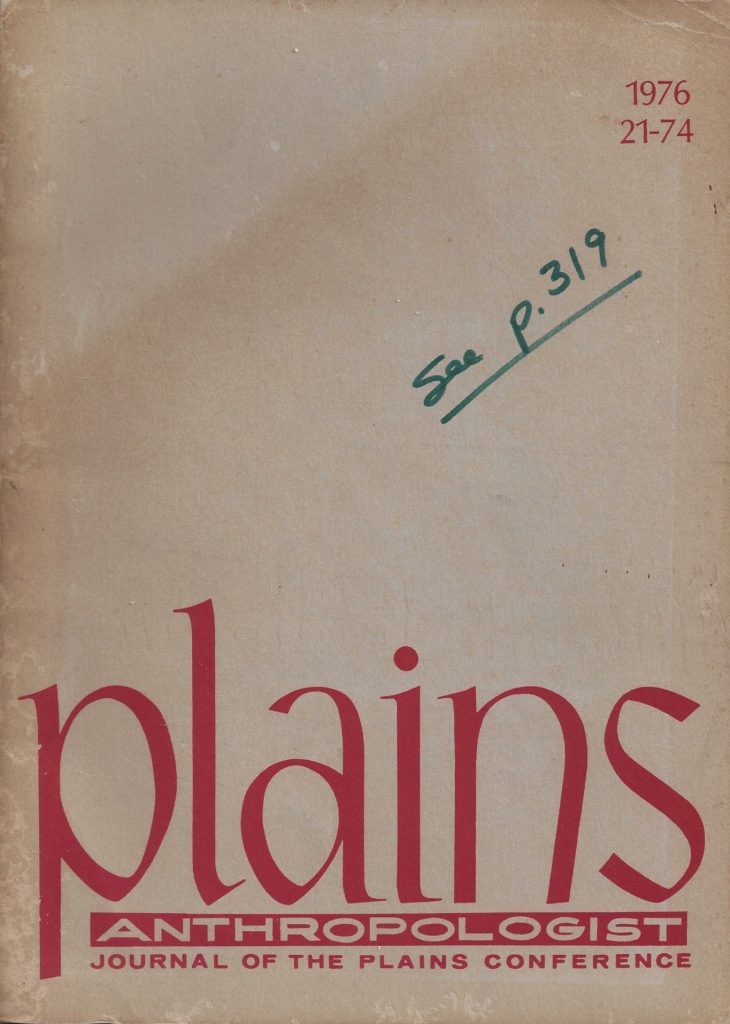 This issue of the Plains Anthropologist has a review by Dr. E. Lee Spence of Jerome E. Petsche’s book The Steamboat Bertrand.