How Long is Too Long to Expect SCIAA to do its Job?

HomeHow Long is Too Long to Expect SCIAA to do its Job?

I have been discovering shipwrecks for over 50 years. My first major discovery was that of the wreck of the Civil War steamer Georgiana. See http://www.searesearchsociety.com/2010/09/shipwreck-1863-georgiana/. 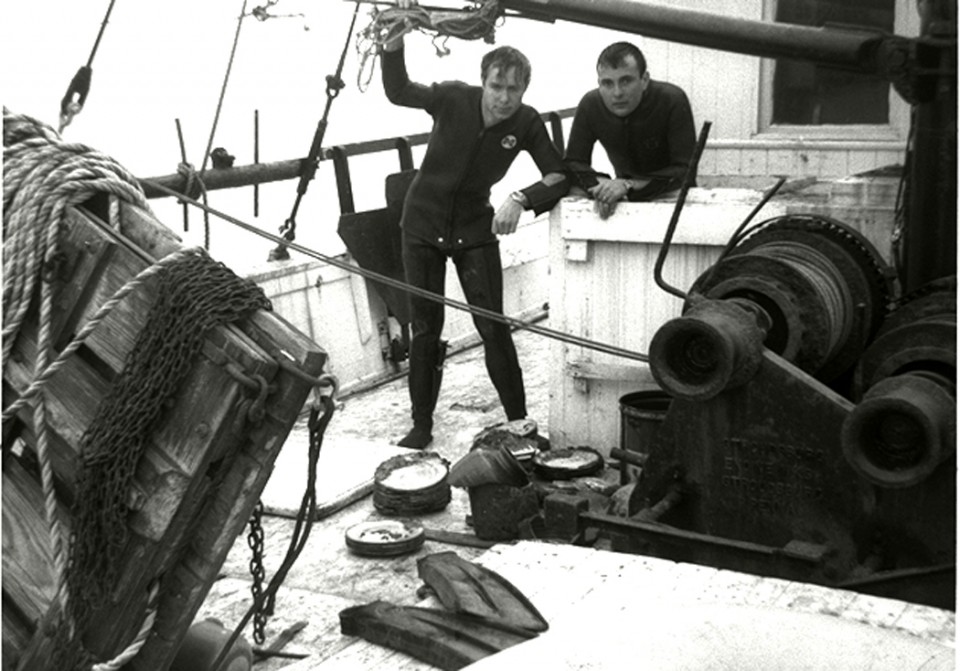 Lee Spence (left) & Ron Gibbs after a dive on the wreck of the Georgiana.
Photo by Pat Gibbs circa 1967

It took approximately 45 years from when I first discovered (and reported) the wrecks of the Georgiana and Mary Bowers for any state official to even visit the wreck site. It is my understanding that archaeologists from SCIAA finally dove on it in 2010 (but just one trip, said they encountered near zero visibility, and haven’t been back).

The deep draft, iron hulled, propeller steamer Georgiana was built in 1862/63 and was sunk in 1863 while attempting to run past the blockade into Charleston. While most contemporary and post war accounts referred to the Georgiana as more powerful than the armed steamers Alabama, Shenandoah and Florida and/or as the “most powerful Confederate cruiser,” other accounts indicate she was simply a merchant vessel. So there was/is much to learn from her archaeological study. She carried a cargo of munitions, merchandise and medicines and her destruction was considered of vital importance by U.S. Secretary of War Gideon Welles. Her official owner was George Alfred Trenholm (later Treasurer of the Confederacy and the man Margaret Mitchell used as the basis for her fictional blockade runner captain Rhett Butler in “Gone With The Wind”).

The two distinct types of ships, built and lost within a very tight time period gives a unique opportunity for study and comparison and may allow us to solve lingering questions unanswered in historical records. In other words, the site is important both archaeologically and historically.

I personally find the state’s (really SCIAA’s) 45 years of delay in checking out the site incomprehensible. I honestly don’t know if the delay was caused by lack of leadership, or by incompetence, or by petty politics, or by petty rivalry and not wanting to recognize the importance of the discovery. But all that aside, in reality SCIAA still hasn’t checked it out. Less than one day’s diving in near zero visibility simply doesn’t do it.

The wreck has suffered major damages from storms and trawlers in the intervening years between when I discovered it (in 1965) and the present and, except for the pioneering underwater archaeology that I did on it in the 1960s and ’70s at private expense, it has not been studied. I did present a paper on my work (titled Underwater Archeology on the “Georgiana”) before the International Conference on Underwater Archeology/15th Annual Conference on Historic Site Archeology, Charleston, SC, 1974, but SCIAA was the sponsor of that year’s conference and the conference papers weren’t published that year.

My question, is how long do we (meaning the public) have to wait for SCIAA to do its job? What about the other wrecks that I discovered and reported to SCIAA, but could never obtain a permit to do any work on them (and thus didn’t). When will the time be right for SCIAA to properly study these wrecks or at least allow their privately funded investigation (with reasonable rules and regulations to protect important archaeological data)? I ask because the Georgiana and many other wrecks are being rapidly destroyed by natural causes (storms, oxidation, electrolytic action, abrasion, dispersal, etc.) and man (primarily damage from trawling).

How long do you think we should wait? How long can we wait? Should the people who cause or allow such delays keep their jobs? I would truly like to hear your opinion.