Wrecked in six and a half fathoms

On November 23, 1894, the tug W.B. Congdon, picked up off the Georgetown Bar Captain Bennington and twelve men of the steamer Ozama, bound from Philadelphia to Charleston in ballast. Captain Bennington reported that at 7:30 p.m. on November 15th the Ozama struck on Cape Romain shoals and stove a hole in the engine room compartment. The water quickly filled the fire rooms, rendering the engines useless. The steamer floated off the shoals soon after striking, and at 3 a.m. sank in six and one half fathoms of water. The crews took to the boats, saving only part of their clothing. The engineer with ten men went off to board the steamer Planter from Charleston but missed her and it was thought they landed “on Romaine beach” (sic).[1] [2] [3] [4] [5] [6] [7] 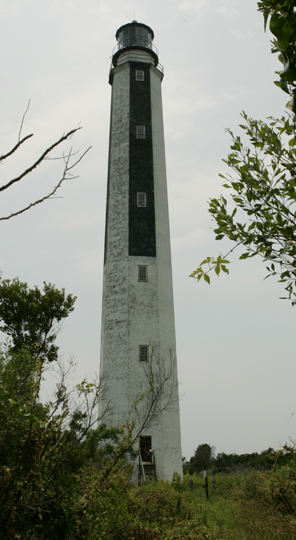 A subsequent report spelled her name in one place as Osama and in another as Ozama. It stated that she had gone to pieces and would be totally lost. That report said she was “sunk in six and a half fathoms of water,” the Cape Romain “light bearing Northwest by West, half West, six miles distant.” Elsewhere it said she was lost “in about six fathoms.” It described her as an iron, schooner-rigged steamer and gave her length as 216’6”.[8]

“Six of the crew of the ill-fated steamer Ozama are missing. They are known to have left the wreck in an open boat and have not been heard of since. Yesterday the steam launch of the buoy tender Wisteria left for the vicinity of Cape Romain, and will search every likely place for these men before returning.”[9]

“William P. Clyde & Co., the New York agents of the steamer Ozama received a dispatch today (November 24, 1894) from Georgetown, S.C., saying that a boat arrived at Georgetown at 5 o’clock this morning, having on board the engineer and ten men from the wrecked steamer Ozama. These eleven men left the Ozama to board the steamer Planter from Charleston for Georgetown, but missed her.”[10] [Note by ELS: Earlier reports said six of the crew were missing, this report and an earlier one, mentions a total of eleven men rescued. So the question is, who were the other five? Were they passengers? And, since she regularly carried passengers, why is there no mention at all of passengers in the other accounts? If there were passengers, it seems to me that the steamer’s captain and owners would have wanted everyone to know that they were alive and safe, unless the passengers had something to hide and were traveling incognito. Could the five men have been “filibusters” (mercenaries) or “revolutionists” accompanying a secret cargo? By saying she was traveling in ballast, the captain was effectively saying there wasn’t any cargo. No cargo and no passengers? Based on her history, that seems unlikely.]

(Note by ELS: The date of the Ozama’s loss is unclear as it is variously reported as early as November 15, 1894, and as late as November 23. The actual date was probably November 21.)

The above pages all deal with the steamer Ozama, which was shipwrecked off Cape Romain, South Carolina in 1894 and discovered and identified by underwater archaeologist Dr. E. Lee Spence in 1979 and 2013 respectively. He also discovered other abandoned wreckage in the same general vicinity. In 2012, the Federal District Court ruled that Spence was the “true and exclusive owner of the abandoned wreckage” (which includes the Ozama and all of the other shipwrecks that he had found in the specific area designated in his court filing), which means he is already the legal owner of any and all shipwreck gold, silver, cannons, hulls, engines, rigging, and other artifacts on those wrecks. His work is being funded by United Gold Explorations Limited. To learn more about shipwrecks in general, check out Spence’s page on Facebook.