Warship of the third rate 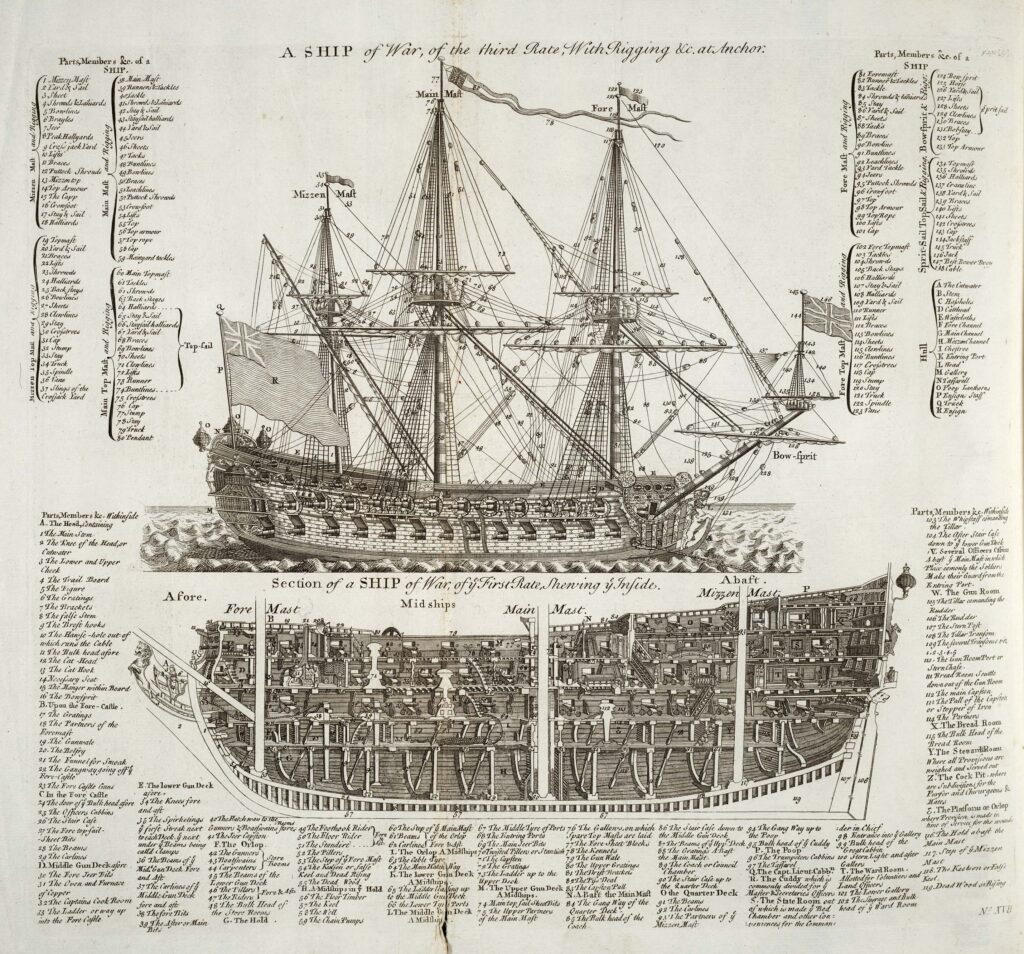 1728 print showing rigging & cutaway view of a warship of the 3rd rate, as published in the 1728 Cyclopaedia, Volume 2

In the rating system of the British Royal Navy, a third rate was a ship-of-the-line, which from the 1720s mounted between 64 and 80 guns, typically built with two gun decks (thus the related term two-decker, even though they had additional decks). Years of experience proved that the third rate ships embodied the best compromise between sailing ability (speed, handling), firepower, and cost. So, while first-rates and second-rates were both larger and more powerful, the third-rate ships were in a real sense the optimal configuration.

When the rating system was first established in the 1620s, the third rate was defined as those ships having at least 200 but not more than 300 men; previous to this, the type had been classified as “middling ships”. By the 1660s, the means of classification had shifted from the number of men to the number of carriage-mounted guns, and third rates at that time mounted between 48 and 60 guns. By the turn of the century, the criterion boundaries had increased and third rate carried more than 60 guns, with second rates having between 90 and 98 guns, while first rates had 100 guns or more, and fourth rates between 48 and 60 guns. By the latter half of the 18th century, they carried between 500 and 720 men.

This designation became especially common because it included the seventy-four gun ship, which eventually came to be the most popular size of large ship for navies of several different nations. It was an easier ship to handle than a first-rate or second-rate ship, but still possessed enough firepower to potentially destroy any single opponent other than a three-decker. It was also cheaper to operate.

By the end of the 18th century, ships of the line were usually categorized directly by their number of guns, the numbers even being used as the name of the class, as in “a squadron of three 74s”, but officially the rating system continued until the end of the Age of Sail, only undergoing a modification in 1817.