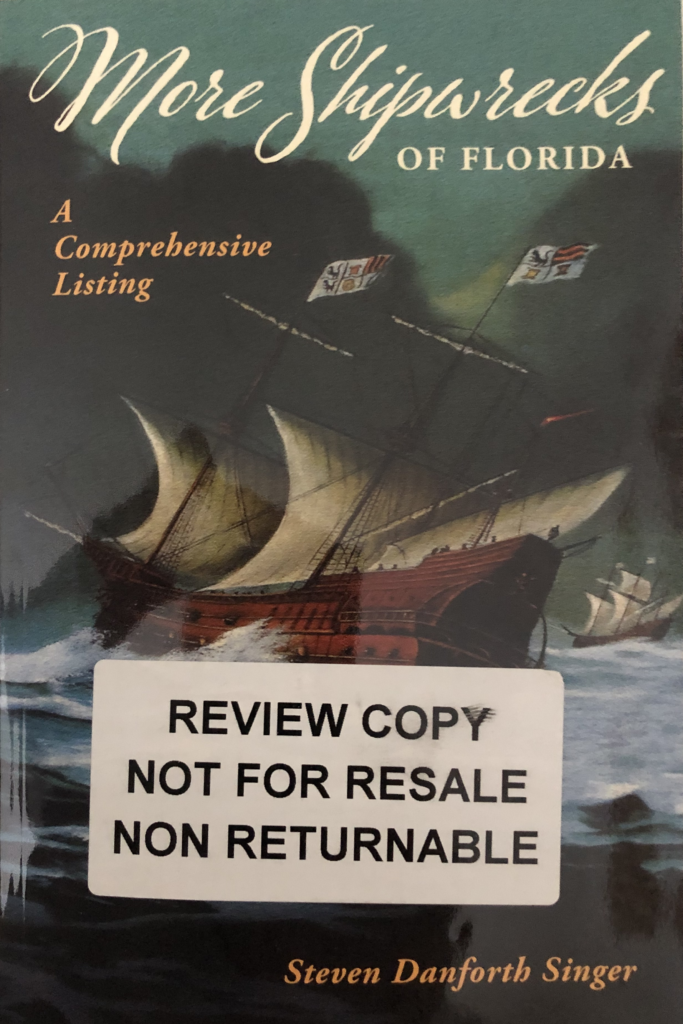 Steven Danforth Singer’s newest book “More Shipwrecks of Florida: A Comprehensive Listing” is extremely well researched and adds another 1,500 wrecks to the extensive list that Singer published in his previous book “Shipwrecks of Florida.” His previous book had been my “go to book,” whenever I needed quick info on Florida wrecks. Underwater explorers, beachcombers, and armchair adventurers should all be fascinated with the book’s accounts of treasures (both sunken and buried); as well as those of pirates (they really were thieves and murderers); the privateers (who were officially good guys, but, who were sometimes as thieving and ruthless as the pirates); and the wreckers (which was the name once used to describe salvors, because they were sometimes accused of causing wrecks and not just salvaging them).  Sport divers and commercial salvors, will undoubtedly appreciate Singer’s inclusion of GPS coordinates for many already discovered wrecks. Historians and treasure hunters, will especially benefit from Singer’s inclusion of his sources (often contemporary newspapers), as those documents are a potential source of clues and further information on the wrecks. In other words, as a companion to his earlier book, Singer’s book is absolutely outstanding and sets a new standard when it comes to books on shipwrecks in Florida waters.