HomeShipwrecks: Past & PresentThe Real Dangers to Shipwrecks are not divers but nature, government & neglect

The Real Dangers to Shipwrecks are not divers but nature, government & neglect 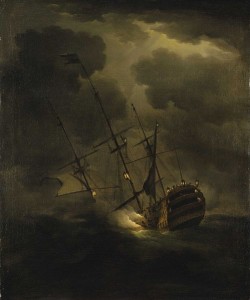 We all understand that shipwrecks can be permanently damaged by sport divers, commercial salvors and, yes, even underwater archaeologists who should know what they are doing and certainly mean well.

In one sense, divers (speaking of them collectively) do real damage by disturbing or removing artifacts, but, in another sense, the limited damage they do can be the right thing. Except for looting, which is a crime and should be stopped, the relatively limited damage that divers do is usually in the form of salvage, which is a form of saving and has the legal meaning of “to save imperiled property from loss or destruction.” The damage (when the inspection, study and salvage are done properly) is absolutely minimal compared to that done by natural causes, and by other man made causes, like trawling.

People don’t seem to understand how vulnerable shipwrecks are to the natural environment. Too many academicians sitting in their ivory towers at universities and archaeologists and bureaucrats in government offices, have more book knowledge and theory than experience and common sense. Too many of them think all shipwrecks should be left untouched. Many people, especially when it comes to wrecks in the news like HMS Victory, think they should be treated as underwater graveyards and left untouched. Even though most (although not all) of their arguments are based on good intentions and lofty (but, I believe Quixotic) ideals, I have come to the conclusion that they are sadly mistaken.

Having been diving on wrecks for over 50 years, I am convinced that leaving them untouched is the worst possible thing to do.

Invasive species, like zebra mussels and quagga mussels were first observed in the Great Lakes in the late 1980s, likely introduced by ocean-going vessels from Europe dumping ballast water, and are colonizing on once well-preserved shipwrecks to such an extent that they are not only damaging them, but are making them almost unrecognizable. If left unchecked, the Great Lakes’ sport diver industry, which depends on these wrecks as an underwater tourist attraction, may well be destroyed. I say that because the artifacts and even entire shipwrecks are being covered and hidden, perhaps to be lost forever. My hope is that at least the artifacts will be salvaged (i.e. rescued, saved) before that is allowed to happen. Unfortunately, its probably already too late for many of the wrecks.

In the long run, I think the biggest danger that shipwrecks face is benign neglect (meaning we simply do nothing to save them). If we overly limit or ban shipwreck diving, little or nothing will be saved. Although I would personally love to see all the work on shipwrecks be done by well experienced, professional or academically trained underwater archaeologists, that isn’t realistic. There simply not enough of them. Nor are there enough tax dollars to pay for the work. So, leaving it to the academic and government underwater archaeologists (which I describe as socialistic archaeologists) is not the solution. But, capitalism does work, and, if commercial salvage archaeology is permitted, by professional salvors (i.e. capitalistic archaeologists) much can be saved and certainly more than any educational institutions or governments can afford to pay for.