How long should a shipwreck discovery be ignored while hoping for new technology?

I have been discovering shipwrecks for over 50 years. My first major discovery was that of the wreck of the Civil War steamer ...

Finding shipwrecks from the air.

Finding shipwrecks from the air. Can it be done? Absolutely! The first wreck I found from the air, was the Georgiana.

A book on the Confederate Navy published in the late 1800s described the armed steamer Georgiana as the most powerful Confederate cruiser. I also knew she had carried a million dollar cargo. Fascinated by her history, I had been dreaming of discovering her for years. 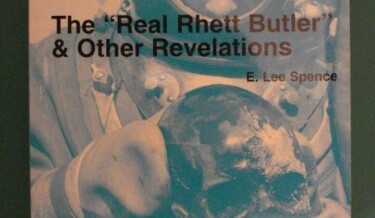 In his book, Treasures of the Confederate Coast: The Real Rhett Butler and Other Revelations, Spence reveals what the editor’s of Life magazine called overwhelming evidence that shipping and banking magnate George Trenholm was the historical basis for Margaret Mitchell’s romantic sea captain in her Pulitzer prize winning ...

Interesting Facts about the Georgiana

The Georgiana shipwreck was discovered by underwater archaeologist Dr. E. Lee Spence on March 19, 1965 at

32°46?47?N 79°45?35?W. The state of South Carolina later issued South Carolina salvage license #1 to Spence’s company, Shipwrecks Inc., to explore the combined wreck of the Georgiana/Mary Bowers. Hundreds of thousands of individual artifacts were recovered from the site.