Today’s question is: Which Allied destroyer went to the bottom with a fortune in gold in May or June of 1940? That gold would be worth over $83,000,000 today! Shipwrecks take place all over the world, some of today’s wrecks were in the warm waters of the Caribbean, but others were in harsher climes. Twelve of the crew of the SS Columbian perished from thirst, hunger and exposure before being picked up in the north Atlantic by the U.S. Revenue Cutter Senaca. If you are reading this in a post, go to http://shipwrecks.com/shipwrecks-of-may-3/ to learn more about some of the many shipwrecks that have occurred on this day over the centuries.

1776: The vessel Fly, Captain North, bound from Jamaica to London and the vessel William, bound from Honduras to Hull, were reported in Lloyd’s List of May 3, 1776, as lost “in the Gulph.” A Spanish vessel was ashore at the same place, but got off again. Note: Because of the route normally taken by ships bound from Jamaica to London the “Gulph” mentioned here was probably the Gulph of Florida rather than the Gulf of Mexico, the former being the wide gulf made up of the waters and shoals between peninsula Florida and the coast of Georgia and South Carolina, making the general area of loss as the Little Bahama Bank, as wrecks on the Grand Bahama Bank were usually more precisely described as were those on the American mainland.

1784: A vessel, initially (and incorrectly) thought to be the snow Neptune, Captain Archibald Thomson, bound from Charleston to Jamaica, was reported as having overset about four leagues from the Charleston Bar, South Carolina, on May 3, 1784, and all on board perished.  Note: Daniel Defoe in his book A General History of the Pyrates described a snow as “the largest of all old two-masted vessels. The sails and rigging on the main mast of a snow are exactly similar to those on the same masts in a ship; only that there is a small mast behind the mainmast of the former, which carries a sail nearly resembling the mizzen of a ship.”

1809: The vessel Good Hope, Captain Watson, bound from London to the Spanish Main, was lost May 3, 1809, near Anegada, most of the cargo saved. Note: In the days of the Spanish New World Empire, the portion of the mainland of the American continents under Spanish control and bordering the Caribbean Sea and the Gulf of Mexico was referred to as the Spanish Main.

1813: The schooner Eliza, Captain McIlhenny, bound from Charleston to Wilmington, North Carolina, with a cargo valued at $5,000; the schooner Sampit, Captain Lehu, bound to Georgetown, South Carolina; and the schooner Winyah-Packet, Captain Poyas, bound from Charleston to Georgetown, were captured and burned off Bull’s Bay, South Carolina, by some British men-of-war on May 3, 1813. Before burning, all three of the American vessels were stripped of their sails and rigging. Captain McIlhenny and his crew escaped to shore before the British could capture them, but captains Poyas and Lehue, and their crews were captured and held prisoner. The British vessels were identified as the Morgiana, Sophie, and the Sappho. The Sampit was described as having been burned in seven fathoms of water off Bull’s Bay.  Note: During wartime, coastal trading vessels would naturally have hugged the coast. So the question then becomes, why was the Sampit all of the way out in seven fathoms (42 feet) of water? That just happens to be the depth immediately off the outer shoal of Cape Romain, which is immediately north of Bull’s Bay. I suspect the Sampit was captured just as she was rounding the shoal. I am hoping that the Sampit is one of the wrecks that I have already found out there as any money that she would have been carrying would likely have been well hidden and, if not found by the British, would have gone down with the schooner.

1835: The Antwerp Welwaren, Captain Wagener, bound from Antwerp to Havana, was wrecked at Abaco in the Bahamas on May 3, 1835. Her crew and materials were saved.

1843: The American vessel General Scott, Captain Littlejohn, bound from Georgetown, South Carolina to Havana with a cargo of yellow pine, was shipwrecked on Great Guana Cay Reef, Bahamas, on May 3, 1843.

1863: The sternwheel steamer Minnesota, under charter to the United States Quartermaster’s Department, was burnt at Greenville, Mississippi, on May 3, 1863. No lives were lost.

The Minnesota was 142 tons, had a wood hull, and was built for Captain Charles A. Hay in 1857 at California, Pennsylvania. She was 131′ in length, 30′ in breadth, and 4′ in depth of hull. Her first home port was Pittsburgh, Pennsylvania.

The Lily had a wood hull, was 50 tons, and was rigged as a tug of the fourth rate. She had been transferred to the United States Navy from the War Department on September 30, 1862.

1899: The American schooner Adele Ball, Captain Fisher, bound from New York to Matanzas, Cuba with a cargo of coal, lumber, and bricks was stranded on Harbour Island, Bahamas on May 3, 1899. Her crew was saved. The vessel was a total loss, but at least part of her cargo and materials (rigging) was saved. She was 401 tons net, 422 tons gross, 142.3 feet in length, 34.2 feet in breadth, and 10.4 feet in depth of hull.

1908: The Belgian fishing vessel Auguste & Jean was run into and sunk by the Belgian steamship Iris on May 3, 1908 eight miles southwest of the lightship on the Noordhinder Bank in the North Sea. Three of her four crew were lost.

1914: The British cargo ship Columbian caught fire on May 3, 1914 off Sable Island, Nova Scotia, Canada in latitude 41°27′ north, longitude 59°05′ west and was abandoned by her crew. A total of 27 of her crew were quickly rescued by the vessels Seydlitz and Manhattan. A third lifeboat with as many as 16 men could not be found. Finally, on May 17 the United States Revenue Cutter Seneca, which had been on ice-patrol, spotted and picked up the third lifeboat. Unfortunately there were just 4 survivors, the remainder having perished of hunger, thirst, and exposure during the two weeks the boat was at sea. 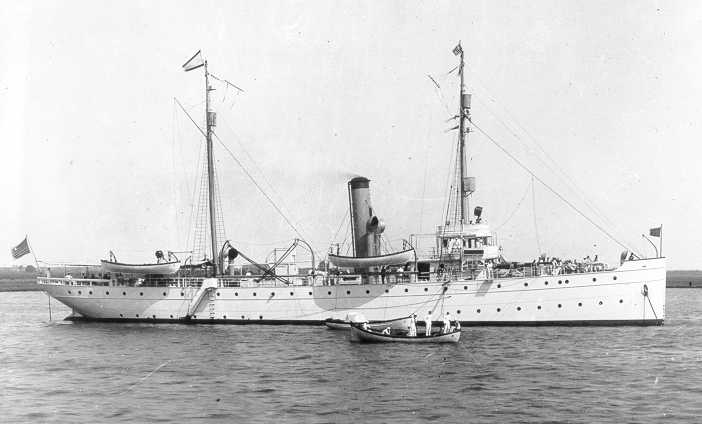 Note: There is some confusion between the various accounts as to the day of loss, the dates of rescue, and the number of fatalities, but there is no question that she sank and that the Seneca rescued the last survivors.

1922: The British schooner B.R. Tower, bound from Demerara, British Guiana, to Turks in ballast, was totally wrecked at midnight on May 3, 1922, on the northeast reef of Grand Turk Island.

The Bison was a Guépard-class destroyer of 2,475 tons. She was sunk by German aircraft while taking part in the evacuation of Namsos, Norway on May 3, 1940, off Trondheim. Out of 229 members on the crew, 136 were lost. Survivors from the Bison were picked up by HMS Afridi, which was then sunk by the Stukas on May 14.

1942: The British freighter Botavon, bound from the United Kingdom to Russia via Iceland, with 350 tons of tin ingots, was bombed and damaged by Axis aircraft off Norway in latitude 73° north, longitude 20°22′ east. Because nothing could be done to save her, the ship was deliberately sunk by her escorts.

1942: The British steamer Ocean Venus, 7,174 gross tons, Captain John Parkes, bound from Union Bay, Canada and Portland, Oregon via the Panama Canal, with 4,000 tons of lead bars, 4,000 tons of lumber, 80 tons of acetone, 1,000 tons of canned herrings, 11 tons of boxed plane parts, and 7 tons of unidentified cargo, which, according to shipwreck expert Alan Riebe, was almost certainly gold or silver, was torpedoed and sunk by the German submarine U-564, about 12 miles east southeast of Cape Canaveral, Florida on May 3, 1942. Five of her crew of 47 were lost. She was 425.6 feet long, had a 57 foot beam and was powered by a single triple expansion engine. Note: I have dived this wreck, and I had a good friend who was part of a post World War II salvage team that raised 800 tons of her lead. He and I were both convinced the gold was there.

1942: The Dutch cargo ship Laertes, 5,825 tons, Captain Casparos Johannes van Heel, bound from New York and Norfolk to Cape Town and Bombay, with 5230 tons of war material, including 3 aircraft, 17 tanks and 20 trucks, was torpedoed and sunk in the Atlantic Ocean southeast of Cape Canaveral, Florida, United States by the German submarine U-109 on May 3, 1942. Eighteen of the steamer’s crew of 66 died.

1943: The Belgian freighter Mokambo, bound from the Congo River for the United Kingdom via Ghana and Sierra Leone, laden with 2,000 tons of copper bars, 38 tons of tungsten, and possibly gold, which had been damaged by a torpedo from U-515 and under tow by an Allied merchant vessel, struck bottom and sank about 2.25 miles from Cape Sierra Leone lighthouse on May 3, 1943. Parts of the wreck were exposed at low tide. Her location was variously reported as at latitude 07°40′ north, longitude 14°05′ west and latitude 08°04′ north, longitude 14°12′ west.

1944: Another ship that may have had shipment of gold was the homeward bound German blockade runner Ursala Rickmers (also known as the Yeisen Maru), 5,050 tons, which was torpedoed by the American submarine Flasher on May 3, 1944, off the coast of South Vietnam in latitude 12°54′ north, longitude 114°07′ east. 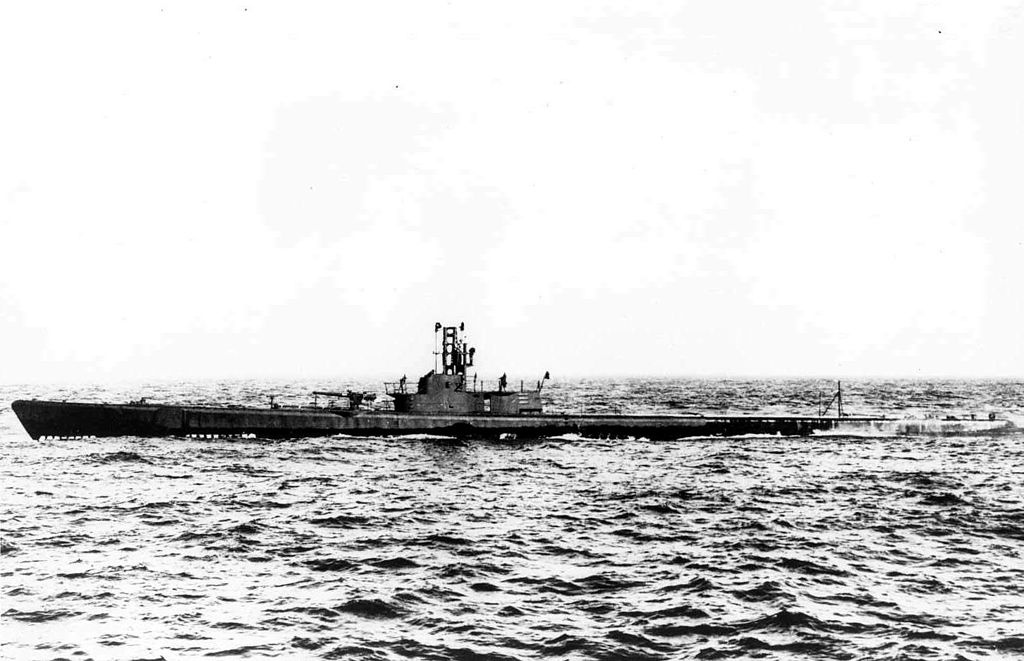 NOTE: This is by no means meant to be a complete list of the vessels lost on May 3, as there have been thousands of ships lost for every day of the year. All of the above entries have been edited (shortened) and come from various editions of Spence’s List™. The original lists usually give additional data and sources. Those lists are being updated and are or will be made available for a fee elsewhere on this site.