April 29 was the day of New Zealand’s greatest maritime loss. On the same day, but many years before her, HMS London was burned by her own crew on the coast of West Africa. The Swedish steamer Nanking, bound from India to England, was torpedoed on that day in WWII. She had made a stop at Cape Town raising questions as to why. Did she pick up a cargo of gold bullion or even diamonds? If you are seeing this in a post, other than on Shipwrecks.com, read more about these wrecks and other ships lost on an April 29 at http://shipwrecks.com/shipwrecks-of-april-29/.

1758: HMS London, 6 guns, was burnt on April 29, 1758 to avoid capture in the Senegal river on the west coast of Africa. She was the former fishing vessel Holden, which had been purchased in 1756 from the Society for the Free British Fishery. 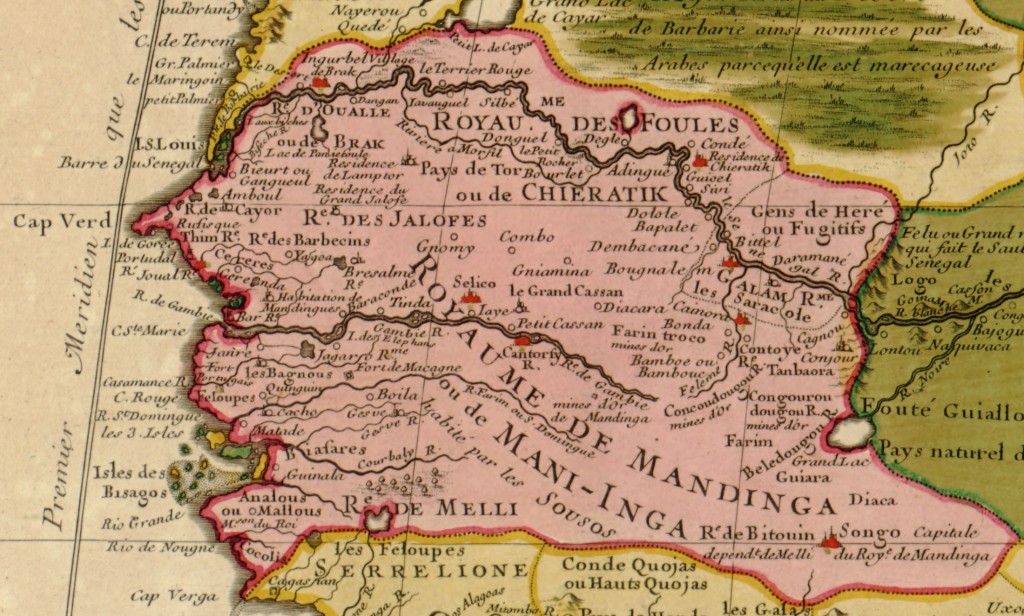 1808: Lieutenant John Price, acting captain HMS Falcon, while searching for Danish boats capable of carrying large numbers of enemy troops, found and destroyed on April 29, 1808, eight “pretty large boats … with troops nearby” on the island of Endelave, and six boats on Tunø. (Note: Endelave and Tunø are Danish islands in the Kattegat, north of Odense, off the coast of Funen.)

1809: HMS Alcmene, 32 guns, Captain William Henry Tremlett, was wrecked on a reef of rocks, at the mouth of the river Loire on the coast of France on April 29, 1809. She was following the 44-gun frigate, HMS Amelia to reconnoiter the French forces when she struck Blanche Rock, off Nantes. The ebbing tide made it impossible to get her off and at low tide she broke her back and bilged. Fortunately, Amelia was able to rescue both the entire crew of Alcmene and her stores. Her crew then set fire to Alcmene. She burnt to the water’s edge, leaving little of use to the French. Her loss was attributed to the pilot’s lack of knowledge of the local waters.

The Alcmene was built in 1793-1795 by Joseph Graham, at Harwich, in Essex, England. She a full rigged ship of the fifth class and was the namesake of her class of frigate. She was armed with twenty-six 18-pounder guns on her upper deck, four 6-pounder guns and four 24-pounder carronades on her quarter deck, and two 6-pounder guns and two 24-pounder carronades on her forecastle. She was 803 tons burden, 135 feet 3 inches in length, 36 feet 7.5 inches in breadth and 12 feet 6 inches in depth of hold.

1813: On April 29, 1813, three boats from the British, 74-gun, ships of line, HMS Elizabeth and HMS Eagle, under lieutenants Mitchel Roberts, Richard Greenaway, and Thomas Holbrook, met with an armed convoy of seven oil-laden, merchantmen in the Adriatic Sea off Goro, near the mouth of the Po. Four were captured. The other three ran themselves ashore under the protection of a two gun battery, two schooners, and three gunboats that immediately opened their guns on the British. Despite the heavy fire, one boat was brought off and another destroyed.

1833: The vessel Joven Miguel, Captain Lacazabel, bound from St. Andero to Havana, was lost off Crooked Island, Bahamas, on April 29, 1833.

1857: The French brig Charles, Captain L’Eveque, bound from Haiti to Havre, “with 2,400 bags of coffee, was wrecked at Acklin’s Island,” Bahamas, in late April of 1857. Some of the cargo was carried to Nassau by the wrecks. The captain and crew were reported safe.

1866: The steamship Bolivian, 1400 tons, Captain Couche, laden with a cargo of hardware, rice, etc., and bound from Liverpool to New Orleans, which went ashore near the southwest point of the Hole-in-the-Wall, Abaco, northwest portion of the Bahama group, on April 29, 1866, was got off the following day, after throwing overboard a portion of her cargo, and proceeded on her voyage. (Note: It was actually quite common for vessels to lighten and thus save themselves by jettisoning cargo, cannon, and anchors, which is why such items are sometimes found without any other evidence of a shipwreck.)

1881: The passenger steamer Tararua struck the Otara Reef, which runs 8 miles out from Waipapa Point in the Catlins, New Zealand on April 29, 1881, and sank the next day. It was the worst civilian shipping disaster in New Zealand’s history. There were 131 deaths, with only 20 of the 151 passengers and crew surviving.

1881 print showing people aboard the wreck of the steamer Tararua. 131 lives were lost.

The first lifeboat was holed as it was launched, but a second lifeboat carried a volunteer close enough to swim to shore and raise the alarm. A farmhand rode 35 miles to telegraph the news. Unfortunately, the message wasn’t marked urgent, and it took until 5 pm for a rescue vessel to leave port with supplies. Meanwhile the wind and waves had risen. Around noon, six passengers who were strong swimmers chose make a try. Three with the help of the earlier volunteer, managed to get through the surf, but the others drowned. On a third trip, one man attempted to get ashore on the reef, but had to give up; another three drowned trying to swim to the beach. Another boat capsized while trying to get a line through the surf. Fortunately, all but one of its nine crew survived, but the boat was damaged, and could not be repaired. Due to increasing seas, the remaining boat couldn’t get back to the ship and stood out to sea in hope of securing help from a passing ship. The steamer took over 20 hours to sink, with the stern going under around 2 pm and the rest disappearing overnight. The last cries of the victims were heard at 2:35 that morning. Only one of those who had been left aboard managed to swim to shore.

The reef at Waipapa Point, New Zealand
Photo by Will Ellis

Fifty-seven of the bodies were never recovered. Of the seventy-four bodies recovered, most were buried in a nearby plot still known as the Tararua Acre, where three gravestones and a memorial stone remain today.

A Court of Inquiry found that the captain and a lookout to blame, and recommended that steamers carry enough lifebelts (there were only twelve on the Tararua) for all their passengers, and that a lighthouse should be built at Waipapa Point. The lighthouse began operating in 1884.

The Tararua, 563 tons, was a screw-driven steamer with twin 155 horsepower engines, measuring approximately 222 feet in length, 28 ft in width and 16 feet in depth of hull. Built in Dundee by Gourlay Brothers in 1864.

1915: The British admiralty collier Cherbury, bound from Barry to Cromarty with 5,100 tons of coal, crossed paths with a German submarine U-30, on April 29, 1915, twenty-seven nautical miles west northwest of Eagle Island off Northern Island, spurring a 10-15 miles chase in which the German’s fired several shells and one torpedo at her as she zig-zagged in a futile attempt to escape. Finally, the German sub, apparently tiring of the game, came to within 150 yards of the steamer and signaled her to immediately abandon ship. Recognizing it as the courtesy it was, the Cherbury hove to and complied, thus sparing her entire crew of between 25 and 29 men. The German’s boarded the vessel, confiscated the ship’s papers and navigational equipment, and set three timed charges, by which they scuttled and sank her. The Cherbury’s crew rowed to Eagle Island Lighthouse that night and the next morning proceeded to Scotsport and Belmullet

1916: The French auxiliary patrol boat Saint Corentin, 216 tons, struck a mine laid by the German submarine UC-6 and sank within seconds, in the North Sea, in latitude 51°04′ north, longitude 2°11′ east, less than one half nautical mile north of the jetty at Dunkirk, France on April 29, 1916. Eleven of her crew were lost.

1922: The British cargo ship Victoria de Larrinaga, bound from Cienfuegos for the United Kingdom, ran aground on the Mouchoir Bank, Turks and Caicos Islands, on April 29, 1922. She was abandoned two days later and her crew were rescued by the Lake Fairie.

1943: The Swedish steamer Nanking, 5,931 tons, bound from India, via Cape Town, South Africa, for Freetown in Sierra Leone, West Africa, where she was to have joined a convoy to England, was torpedoed and sunk in latitude 05°10′ north, longitude 11°10′ west, by the German submarine U-123 on April 29, 1943. Her cargo included 8,500 tons of kyanite ore, ground nuts and cotton. The ore had been loaded in Bombay India.  (Note by ELS: Although there are no documents proving it, having stopped in Cape Town, the natural question that arises is whether the Nanking could have been carrying gold bullion or even diamonds.) 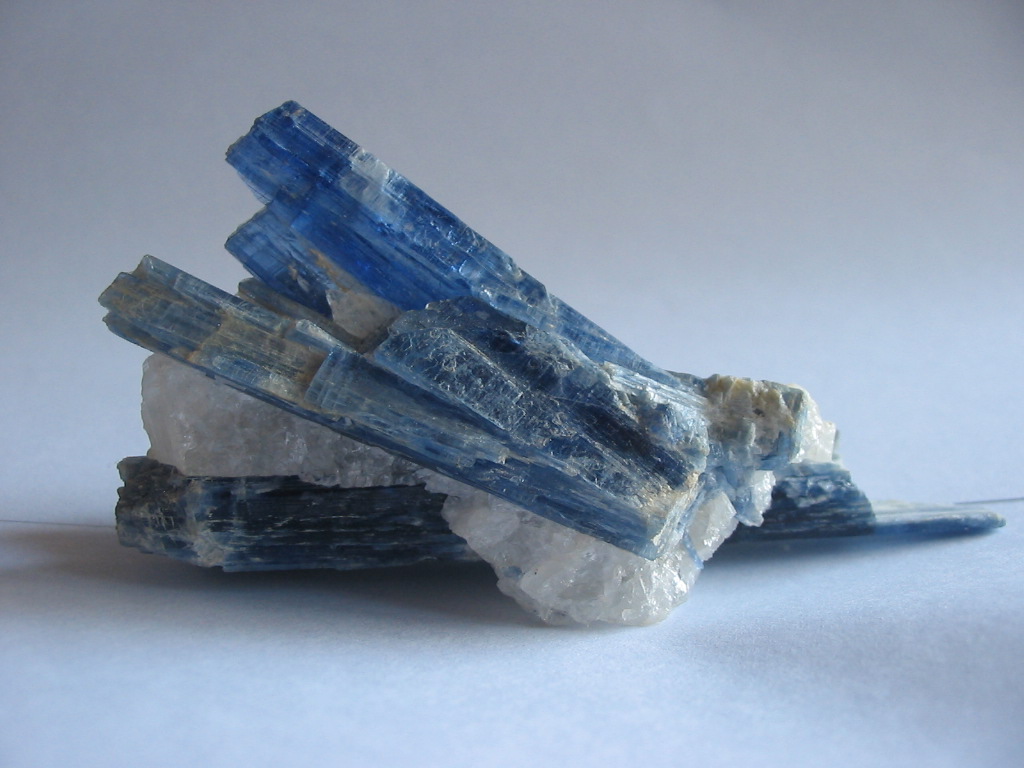 Kyanite has been used as a semiprecious gemstone, but, since this was wartime, it was more likely intended for use in refractory and ceramic products. It is also used in electronics, electrical insulators and abrasives.

NOTE: This is by no means meant to be a complete list of the vessels lost on April 29, as there have been thousands of ships lost for every day of the year. All of the above entries have been edited (shortened) and come from various editions of Spence’s List™. The original lists are heavily footnoted and usually give additional data. Those lists are being updated and will eventually be made available for a fee elsewhere on this site.